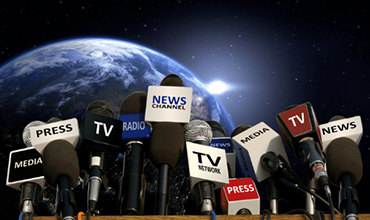 The news files of the past couple of years read like a catalogue of climate catastrophe: The raging bushfires of Australia that burned down more than 11 million hectares of biodiversity; the frequent category 4 and 5 hurricanes in the US that spewed widespread damage; events of high intensity rainfall and flooding in India resulting in extensive loss of life and property. Even in the midst of a global pandemic, climate stories held sway in 2020–21.

In October 2021, Britain’s The Guardian newspaper placed a multimedia news story on its homepage. Against the backdrop of burning forests, flooded highways and swathes of desertified land, it conveyed a message, stark and clear—‘The Climate Disaster is Here’—and underlined the last segment for emphasis. ‘Earth is already becoming unlivable. Will governments act to stop this disaster from getting worse’, it asked. Climate change as a reality was established, the emphasis was now on climate action. The story that provided an overview of climate disasters—heat waves, floods, temperature rise, and wildfires replete with data and infographics—was timed right ahead of the COP26 in Glasgow. In terms of messaging, it was a desperate call to action, to limit the temperature rise to 1.5 degree Celsius. However, that plea would just about stay alive at Glasgow.

In terms of creating a perception regarding the calamitous turn climate change can take, the media and its ability to address millions has indeed played a pivotal part. From what was a fringe beat in most news media organisations until a little over a decade ago, climate change and sustainability has managed to get way more traction in newsprint as well as on the web and broadcast space in recent times. Dedicated websites and columns on climate are now an active presence. Annual flagship events focussing on climate change as well as on corrective action draw considerable media attention. The extensive reportage of real-time disasters, be it the cloudburst in Uttarakhand in 2021 or the Kerala floods in 2018 and the annual extreme rainfall events in Maharashtra by the Indian media has placed climate change in mainstream space.

The everyday experiences of climate change for the layperson—warmer summers, rising sea-levels and extreme weather scenarios over the past years—have led to greater awareness. This compounded with the media coverage across the globe of similarly devastating developments have contributed in no small measure to the public perception of climate change as a reality. Though the wider perception on climate has made the glacial move from denial to acceptance, climate action, and what it entails, largely continues to dwell in the realm of science and policy.

What role can the media and its wide-ranging communication tools play in making climate action an imperative measure? Unlike climate disasters, which are stories in themselves, climate action is more a continuing process, which in turn, calls for sustained investment in communication strategies and tools for the media. How can the social media space be used to lay emphasis on climate action? How do we make interventions such as mitigation and adaptation resonate with the public and subsequently in the local political milieu?

How does storytelling change gears when it has to be spurred by actions and interventions rather than a catastrophic event? In the larger context, communication on climate is hinged on a crucial turn. One part of the story, creating a broad narrative on the reality of climate change, is nearly accomplished. The other, on raising awareness and changing thought processes, for action, mitigation and intervention, demands a different lens to see, understand and communicate.

Do we focus on sectors of change and sustainability? Or on community interventions? Or stories of adaptation? The field is vast, the storylines multiple, the stakeholders different, and so too the communication tools they demand. Stories of the community radio, like TERI’s own Kumaon Vani, in creating an understanding of climate change and sustainability in the remote nooks of Mukhteshwar is merely one such example.

At this media colloquium, seasoned practitioners across realms of communications who have covered climate change disasters and the environment at large, discuss ways to shape dialogues on climate action in the public as well as political arena.

Key Questions for the Discussion

Format of the Session

The session will involve a chaired discussion that will start with remarks (3-4 minutes) by the Chair. Each panelist will then get 5 minutes for making one brief intervention. After this, the chair will pose 1–2 questions to the panelists based on points emerging from the interventions.