Technological solutions for mitigating and adapting climate change are expensive and are difficult for developing and poor countries to implement. Nature based Solutions (NbS) are cost effective, sustainable and long-term solutions to mitigate and adapt climate change. Placing Nature-based Solutions at the centre of India’s economic planning can go a long way in helping build back a more resilient and healthy economy after the COVID-19 pandemic fallout in the country. Further, agro-forestry if managed in a climate smart manner then has a potential of achieving 2/3rd proportion of India’s forestry sector NDC targets. They can also improve community resilience and enhance mitigation through e.g. carbon sequestration and reduced mineral fertilizer needs as recommends the National adaptation strategies (NAS) and plans (NAP). Thus, there is a need to understand the sectoral NbS approaches, with a special focus on agro-forestry sector, cost effectiveness of these solutions and the policy paradigm to undertake bold actions to conserve, restore and sustainably manage nature for climate mitigation and adaptation as well as achieve the SDGs.

The 26th UN Climate Change Conference of the Parties (COP26), to be held from 1–12 November 2021 in Glasgow will aim to mobilize the action on mitigation, adaptation, and resilience, and strengthen the narrative for better alignment with sustainable development goals. TERI is preparing a COP26 Charter of Actions which will assimilate questions and challenges posed by keys sectors in India. The Charter will also propose probable and sector specific options which can advance climate action and ambition in the country.

With the above background, a stakeholder roundtable will be organized with the following objectives. 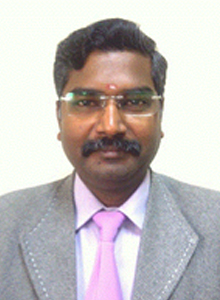 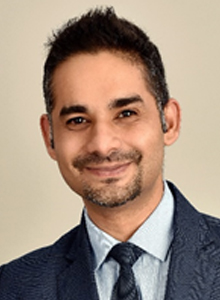 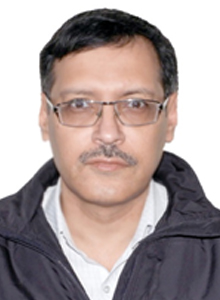 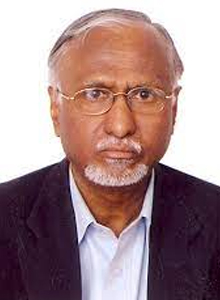 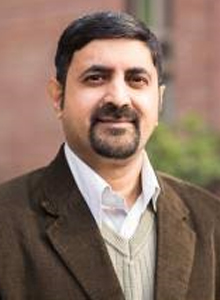 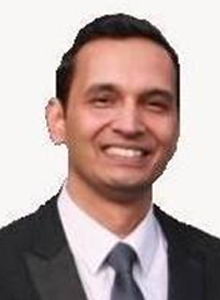 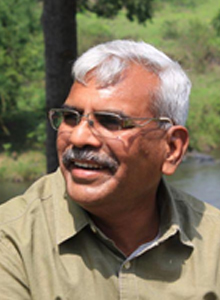 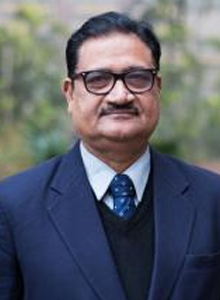 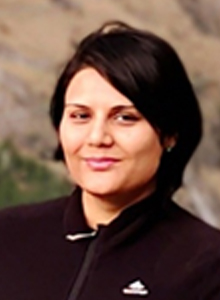 Dr. A. Arunachalam is a tropical ecologist globally noted for his contributions to soil ecology, ecosystem ecology, shifting agriculture and land use dynamics, particularly in the Indian Himalayan Region. He has more than 25 years of experience in teaching, research, and extension in the field of forestry, biodiversity, ecology and natural resources management. Dr. Arunachalam is a recipient of 25 national/international awards; To name a few are: ICFRE Awards for Excellence in Forestry – 2018, Dr. M.S. Swaminathan National Award for Outstanding Research in Hill Agriculture (Biennium 2017-18) etc.

Mr. Sandeep Roy Choudhury is a co-founder at VNV Advisory Services, a social enterprise working with communities & climate change in South and Southeast Asia He heads VNV’s ownership on low carbon social development projects such as sustainable agriculture, social forestry, coastal resilience, clean cooking, clean air, drinking water, rural energy access and waste management. Sandeep’s work encompasses over 6 million rural households across 11+ countries in the region & over 100+ NGOs and implementation partners: currently working on over 1 million hectares of natural ecosystems through climate finance for rejuvenation, restoration, conservation of biodiversity ecosystems and climate smart agriculture for small holders with a big focus on the Himalayan countries and the Mekong basin regions. He has recently launched a climate change impact fund to invest in start-ups related to climate solutions. He also works as an advisor to the private sector in the region with issues related to corporate sustainability and its relation to community impacts and action. He is on the board of numerous non-profits working on climate related projects including Worldview International Foundation Myanmar, Planting on Demand, Bangladesh Bondhu Foundation & Environment Protection Centre Nepal. Sandeep has over 17 years of industry experience and has a degree in Electronics. He is also a director at “Carbon Initiative Forum”, a non-profit working on climate policy awareness for the youth and currently serves as the co-chair for the International Carbon reduction Alliance (ICROA)

Mr. Anirban Ganguly is currently Research Specialist at the British High Commission, New Delhi. He has over 20 years of experience in multi-disciplinary research and policy analysis – with a special interest in the economics of natural resources. He holds a advanced Diploma in Public Systems Management, and has been an Australian Leadership Award Fellow.

Dr Prodipto Ghosh is involved in research and teaching at the interface of science, economics, philosophy, and public policy. Currently, he is Distinguished Fellow at TERI. He is concurrently member of the Scientific Advisory Council of the Cabinet, Governing Council of the Indian Council of Social Science Research, Member of Task Force on Inter-linking of Rivers, Indian Resource Panel, and Task Forces of other bodies including FICCI, etc. Earlier he was member of the PMs Council on Climate Change, Advisory Committee on G-20 matters of the Ministry of Finance, and member of the National Security Advisory Council. He is Adjunct Faculty at the Carnegie-Mellon University, Pittsburgh (where he lectures on Indian macroeconomic policy and public finance), TERI University (where he teaches a post-graduate courses on Normative Ethics, Microeconomics and Regulation, and Climate Change and Policy), and formerly Visiting Fellow at the Smith College, Oxford (with whom he is engaged in collaborative policy research). He is an external examiner for M.Phil. dissertations in the Department of Philosophy, Delhi University, and Ph.D dissertations in the Indian Institute of Foreign Trade, New Delhi, and Tata Institute of Social Sciences, Mumbai.

He was a member of the IAS from 1969 to 2007, when he retired as Secretary, Ministry of Environment and Forests. He has also held the positions of Economic Advisor and Additional Secretary to the PM (during which he was Member-Secretary of the PMs Economic Advisory, and Trade and Industry Councils, as well as co-Executive Secretary of the Indo-US Economic Dialogue), Additional Secretary in the Department of Economic Affairs, and Senior Environment Specialist at the Asian Development Bank, Manila. He was a member of India’s negotiating team at the UNFCCC climate change negotiations from 2001 to 2012. He is the author of a number of peer reviewed research papers, and several newspaper articles.

He has a Ph.D in Economics and Policy Analysis from the Carnegie-Mellon University, Pittsburgh, and a B.Tech. in Chemical Engineering from IIT Delhi, and has received Alumni Achievement Awards from both institutions. He is also the recipient of the BP Pal Centenary Memorial Award.

Dr Yogesh Gokhale holds a doctoral degree in Botany from Mumbai University. He currently works as Senior Fellow with The Energy and Resources Institute (TERI), New Delhi. He has more than 15 years of experience of working on diverse aspects of natural resource management, monitoring, and evaluation of watershed projects and ecological assessments of various ecosystems in different parts of India. He has extensively worked on people and forest interface issues regarding conservation of biological resources such as sacred groves in India for past several years. Some of his research topics include forest ecology, non-timber forest produce, medicinal plant conservation, community forestry, eco-development, and national and international biodiversity policy issues. He completed his postdoctoral work at the Indian Institute of Science, Bangalore on biodiversity policy. Before joining TERI, he worked with the Ministry of Environment, Forest and Climate Change, Government of India, on the issues related to Convention on Biological Diversity. At TERI, he is involved in a number of projects mainly related to natural resource management, carbon forestry, impact assessments, and biodiversity conservation. He has extensively published in national and international scientific journals, newspapers, and other media.

Mr. Saurabh Gupta is Director of Directorate of Environment and Climate Change and in addition Additional PCCF (Development).

Mr. Ram Kumar is a 1988 IFS officer and presently designated as the Additional PCCF, Social forestry Gujarat. During the tenure achieved success in Agro-forestry, raising of Village forests and creating awareness amongst people with their participation in Van-Mahotsav whereby 20 Cr saplings have been distributed amongst the public. He has previously worked as the CEO of Gujarat State Watershed Management Agency. For his efforts he was awarded with the “Prime Minister’s Award of Excellence in Public Administration’ in 2012. As DCF (Gir National Park & Sanctuary), he contributed towards conservation of particularly Asiatic Lion in the landscape and it’s population increased by 10% during the tenure. He also implemented several eco-development programs sponsored by World Bank for landscape management with involvement of local population.

Dr. J.V Sharma is Director, Land Resources Division at The Energy and Resources Institute (TERI) holds a doctorate degree in economic valuation of forest ecosystems. He has nearly 35 year’ experience in leading, coordinating and managing projects and activities in the forestry sector. Dr Sharma has coordinated and implemented donor-funded projects from both a governmental perspective (as an Indian Forest Officer) and as Director of the Land Resources Division at TERI. He also has extensive expertise in global forest policy and international negotiations and has been a negotiator on behalf of Government of India to the United Nations under the UNFF process. As Deputy Inspector General (DIG) Forest Policy and Forest International Cooperation, Ministry of Environment, Forests and Climate Change (MoEF&CC), he was responsible for international cooperation including negotiations. Dr Sharma coordinated with FAO and Asia Pacific Forestry Commission on behalf of Government of India. As National Focal Point he organised the 21st session of the Asia Pacific Forestry Commission in 2006. Dr Sharma was co-chair for a country led initiative on the Payment for Ecosystem Services under United Nations Forum on Forests hosted by the Government of Germany, Berlin. He is a faculty member of the Natural Resource Management Department of TERI University and guides various PhD students on Forest governance, Climate Change and Natural Resource Economics.

Ms Priya Sharma is Research Associate, Land Resources Division at The Energy and Resources Institute (TERI). She holds a Bachelor’s degree in Biotechnology and a Master’s degree in Natural Resources Management. She has worked on topics related to valuation of ecosystem services, assessment of carbon stock of five pools of carbon in forest ecosystem, CDM, eco restoration of open cast mines degraded land, capacity building for livelihood. Her areas of interest include natural resource management, environmental economics and carbon forestry.