Cohosted with: European Union and GIZ 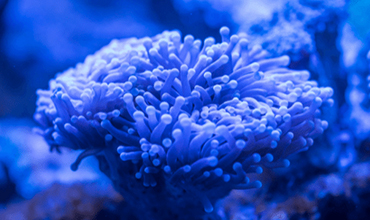 ‘Global commons’ can be viewed from two lenses: one which is rooted in its geopolitical relevance and the other based on their economic implications. The former defines global commons as areas and resources that lie beyond national jurisdiction: the atmosphere, the high seas, Antarctica and outer space. The second perspective relates to how shared resources can be overused by some at the expense of others, regardless of national jurisdiction. From both the perspective, they are a focus of much international interest from the perspective of their governance as well as protection.

Global economic growth has indeed led to the overuse of these resources leading to Hardin’s ‘Tragedy of the Commons’ - for instance, the atmosphere has been overburdened as a depository for greenhouse gases leading to climate change and marine ecosystems have been over-exploited and polluted. The increasing global demand for agricultural products and urban sprawl has intensified pressure on land and has led to rise in food prices and the destruction of rain forests.

International Governance and Protection of the Global Commons

Many challenges and gaps arise in terms of how these global commons are governed and protected at all costs. Since global commons are outside national jurisdiction, policies related to their conservation and sustainable use, can potentially conflict with national sovereignty and regulation. This calls for different levels of governance in different ways, often requiring global cooperation. This also means that the implementation of such policies will conflict significantly with existing patterns of resource use, sovereignty rights and well-established interests, thus adding to the complexity. With regards to marine areas, the precise goal of the future would be international instruments under the UN Convention on the Law of the Sea (UNCLOS) on the conservation and sustainable use of marine biological diversity of areas beyond national jurisdiction (BBNJ).

Global commons also interact with one another, which means management of one resource will most likely impact the use of others, thereby making effective governance a complex task. The processes that governments follow in making national policies are complex, and adding an international dimension complicates the process further. A growing discussion in this regard is ‘area-based management’ tools in marine areas beyond national jurisdiction. There is also a great deal of uncertainty about scientific information on many international and global common pool resources. For instance, outer space and the deep seabed are often inaccessible, and their sheer magnitude complicates data collection. Sometimes, the resources contained within them are so complex that scientists cannot reach conclusions1.

Global commons remain outside the territorial governance of states and individuals, international law and governance structures have not been able to protect them from devastating exploitation so far, despite international efforts made in this direction. The oceans and atmosphere have become garbage dumps in the Anthropocene epoch. Scholars argue that the global commons, whose domains international law has always placed outside the sovereignty of nation-states, cannot be managed by the developed nations without the consent of the developing ones, and this calls for a creation of a different kind of world government2.

Developed and developing nations need to work together to protect and govern the resources coming under global commons. A step in the right direction would be creating a more enabling and inclusive system of global economic governance, by strengthening the current institutions under the United Nations mandate. Ambition in the multilateral upcoming negotiations on the post-2020 biodiversity global framework and on the future BBNJ treaty is key to agree on the international mechanisms to concretely protect commons such as the oceans. Efforts should also focus on greater representation of developing countries in multilateral institutions and other norm and standard setting bodies. Many of them remain marginalized or even excluded from global decision-making processes, which therefore lack true representation and accountability3.

Lessons to manage global commons can be best understood from participatory processes involving indigenous, local communities and youth who have been underrepresented in the debate about governance of global commons, especially since there are diversity of approaches and solutions that indigenous communities employ that have proven successful and can be scaled up to a global level4. Thus, there is a need to develop a multi-level and poly-centric approaches that is inclusive of all those who use and depend on these commons (including non-human species); provides for and builds on a diversity of approaches that have proven successful on local and regional scales; and accounts for the interconnections between coasts, high seas, and coastal and island peoples everywhere.

Format of the Session

The session will involve a chaired/ moderated discussion which will start with remarks (4-5 minutes) by the Chair/moderator. To stimulate the discussion, presentations (9-10 minutes each) by two esteemed research leaders on the concepts of ‘Anthropocene’ and ‘Planetary Boundaries’ will be made. Each speaker will then get 5 minutes for delivering the Leadership Address. After this, based on the issues emerging, the moderator will ask 1-2 questions to all the speakers present. Strict time management is to be followed. There will be an on-screen timer for the same.

Scientific Address on the Anthropocene and Planetary Boundaries