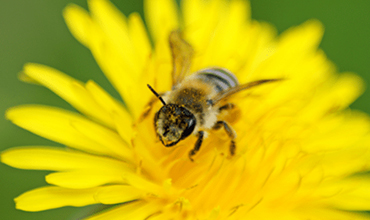 Human beings are a powerful and growing force behind the environmental change that we are witnessing today. Alterations to climate, air, water, land and ecosystems are challenging all life on our planet, with serious implications for human health. The way we think about the planet needs to be revised, so does the approach we take in interacting with it. Planetary Health appeared in the narratives in environmental movements of the 1970s and 1980s, sparked by the publication of Rachel Carson’s Silent Spring and the global discussions around conservation and the United Nations Conference of Human Environment. The term Planetary Health only found way into focus of academic and research discourse in 2015 after the publication of the Rockefeller Foundation-Lancet Commission Report on Planetary Health. The Commission’s Report—Safeguarding Human Health in the Anthropocene Epoch—assumes a new epoch and connects to political narratives of climate change and global planetary indicators such as biodiversity loss, ocean acidification, land-use, fish stocks and population growth. The report also identifies constituencies for promoting planetary health which include health professionals, research and academia, donors, governments; multilateral institutions, corporations, and citizens, including those who are often marginalised by prevailing socio-political systems and who are most susceptible to disruptions in natural systems. The inaugural issue of The Lancet Planetary Health, terms Planetary Health as a ‘new interdisciplinary and transdisciplinary approach’ which aims not only to investigate the effects of environmental change on human health, but also to study the political, economic, and social systems that govern those effects.

Planetary Health needed to be conceptualized within social-economic-political systems that are nested within the boundary of planet earth. Planetary Health approach also considers a multi-scale and systems approach along with implications at a planetary scale. An important test of Planetary Health as a paradigm will be the discursive impact in mobilizing political action and thinking that considers a systems approach for public health policies and environmental policies. The key systems that concern planetary health include (i) urban; (ii) health systems; (iii) food systems; and (iv) natural ecosystems.

Scientists estimate that more than 60 per cent of known infectious diseases in people can be spread from animals, and 75 per cent of emerging infectious diseases in humans are zoonotic1 in origin2. COVID-19 is the latest infectious disease that could be of zoonotic origin. Other examples of zoonotic diseases are Zika, Hendra, Ebola virus disease, severe acute respiratory syndrome, Middle-East respiratory syndrome, swine influenza and avian influenza. Biodiversity loss is associated with the emergence of zoonotic infectious diseases. Ecosystems in disturbed or depleted state can affect emergence of zoonotic pathogens in part due to a reduced ‘dilution effect’ on principal disease reservoir species. Advancing land-use frontiers to biodiversity rich areas not only have negative implications for planetary health but also increase frequency of ecotones (areas where there is increased interactions between humans and wildlife) which result in onset of zoonotic infectious diseases. Climate change would only exacerbate the outbreaks of infectious diseases due to human and wildlife contact due to shifting wildlife migration along with habitat destruction due to wildfires and climate extremes. For future preparedness to pandemics with zoonotic origins, there is an urgent need to monitor and report indicators at various scales at the regional, national and sub-national levels. A beginning can be made by reporting on the two focal metrics suggested by Ostfeld (2017)- (i) Environmental health: Species diversity (a key component of biodiversity); (ii) Human health: Risk of exposure to zoonotic diseases3.

Climate change impacts are here and are felt across the world. Factoring climate change implications in planetary health responses is essential for adaptation measures and well-designed social safety nets. Due consideration needs to be given to socioeconomic implications of climate change taking a multi-scale temporal and spatial approaches. There is a need to enhance climate ambition and accelerate action for both climate change adaptation and mitigation. Long-term low emission development strategies (LTS), as under Article 4.19 of the Paris Agreement, can be a key instrument for implementing the Paris Agreement, if equity considerations along with short and medium term actions are taken into account. While there is a growing narrative by countries to include adaptation within their long-term strategies, however such narratives have not translated into a very high-level of integration with concrete ‘formulation’ and ‘communication’. According to an exercise undertaken by TERI researchers, 31 LTS submitted to UNFCCC were analysed. Out of these 84% had weak references for adaptation and 16% can be considered to fall under the category of strong strength4. Considering the state of planetary health, adaptation and mitigation need to be factored in climate response and planning is required for short-, medium- and long term. While setting distant net zero commitments beyond 2030 are also essential, urgent impetus is needed in terms of immediate climate ambition and action as well.

The pandemic unveiled unprecedented humanitarian concerns at a scale never witnessed before. Whether it was access to medical care or vaccines, the exacerbated inequalities yet again ousted the myth that ‘everyone is in the same boat’. The same is true for individuals when confronting the impacts of air pollution, water pollution and extreme weather events. Thus, policymaking needs to be duly informed on socio-economic implications of deteriorating planetary health. Unequal access to affordable healthcare, housing, sanitation and clean drinking water exacerbates vulnerabilities to declining planetary health in the Anthropocene and demonstrates the hamartia of dominant economic growth models.

The session will be a moderated discussion which will start with remarks (2-3 minutes) by the chair. To set the scientific context, first there will be a Science Leadership Address. This will then be followed by the Leadership Addresses wherein each speaker will then get 7-8 minutes for delivering the Leadership Address. Speakers can choose to address all, few or one questions from the listed questions. After this, the chair will ask 1-2 questions based on issues emerging from the discussions from all the 5-6 speakers present. Strict time management is to be followed. There will be an on-screen timer for the same.