Release of a Book and Archives on Dr. RK Pachauri 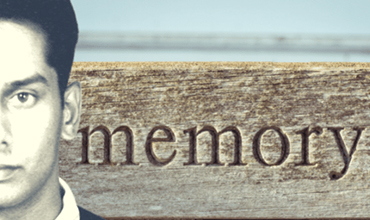 Rajendra Kumar Pachauri (20 August 1940 – 13 February 2020), universally known as Patchy, was the First Director General of The Energy and Resources Institute (TERI) in 1981 and led the institute for more than three decades and demitted office as Executive Vice Chairman of TERI in 2016. As the Chairman of IPCC, his leadership contributed to the issue of human-caused climate change becoming recognized as a matter of vital global concern. For this, in 2007, he received the Nobel Peace Prize on behalf of the Intergovernmental Panel on Climate Change (IPCC).

If Darbari Seth was the Founder of TERI, Dr. Pachauri was the builder of TERI. Under the leadership of Dr. Pachauri, TERI’s portfolio of work expanded into new research areas and channels of outreach in the field of energy, economy and environment supported by independent funding agencies, bilateral and multilateral donors and government bodies. TERI was the first organization in the developing world to voice the issue of Climate Change. From being a small floating fledgling, TERI shifted to its own office in the India Habitat Centre. The session at the Summit will see the launch of two outputs as a tribute to Dr. Pachauri: (i) A book; (ii) archives

The book, Dr R K Pachauri: The Crusader Against Climate Change, shows the international dimension of Dr. Pachauri's work, from Norway to Mexico and from Japan to the United States, because for him the whole world was one, not divided into the North and the South or the East and the West but one large family.

The TERI RK Pachauri Archives is prepared to document the life and work of Dr. Pachauri in the hope that this will inspire TERI colleagues, researchers and generations of leaders who want to further the cause of sustainable development and climate action. The archives has several categories of information such as writings, photographs, and videos.