COP Charter of Actions: From Glasgow to Sharm el-Sheikh

Cohosted with: The Rockefeller Foundation 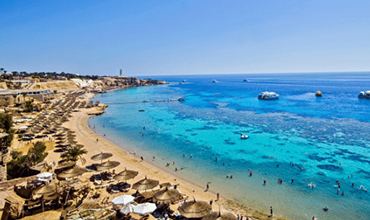 The 26th Conference of the Parties (COP26) under the United Nations Framework Convention on Climate Change (UNFCCC) was held from 1–12 November 2021 in Glasgow. The Glasgow Conference was the first meeting of the Conference of the Parties (COP) to UNFCCC since the Paris Agreement took over from the Kyoto Protocol in 2020. Two areas where COP26 completed its work with a reasonable degree of efficiency are related to finalising the carbon market mechanisms under Article 6, and completing the residual transparency arrangements under Article 13 of the Paris Agreement. While the deliberations at COP26 succeeded in highlighting the need for stabilizing climate at or near 1.5 degrees Celsius, there was no specific or substantive questions of technology, capacity and equity. But, this is not enough and there will be stronger expectations from COP27.

There is a need to address the developmental deficit in developing countries while simultaneously taking measures to limit global warming as agreed in the UNFCCC and the Paris Climate Change Agreement. With this rationale, The Energy and Resources Institute (TERI), under the banner of World Sustainable Development Summit (WSDS), kick-started the formulation of a knowledge document titled, COP26 Charter of Actions which was released during COP26 in Glasgow. The document assimilated questions and challenges posed by key sectors and themes in India to distil messages for the global community. The document highlighted the role of India’s leadership, climate justice, greater focus on adaptation, climate finance, equity considerations for global stocktake, and ecosystem based approaches to climate action.

Need for Further Momentum on Adaptation and Loss & Damage

The message from science is clear. Unless both immediate and ambitious climate actions to reduce greenhouse gas emissions are taken, the earth’s temperature is set to rise by 2.7°C above the pre-industrial levels by the end of the century. While strides have been made to include mitigation in the context of the Paris temperature Goals, adaptation has traditionally not been treated on the same footing as mitigation. Global climate deliberations have conspicuously evaded concrete measures on ‘adaptation’ and means of implementation. This aspect is expected to make progress through the two-year Glasgow–Sharm el-Sheikh work programme which was set up to accelerate the implementation of the ‘global goal on adaptation’. This is expected to give adaptation efforts equal focus as mitigation and help lay out a pathway to ramp up support in terms of finance, technology and capacity building to help vulnerable countries adapt to the impacts of climate change.

In the recently concluded COP26 in Glasgow, the progress on loss and damage were incremental with the mention of dialogue and technical assistance. The Glasgow Climate Pact decided to “establish the Glasgow Dialogue between Parties, relevant organisations and stakeholders to discuss the arrangements for the funding of activities to avert, minimise and address loss and damage associated with the adverse impacts of climate change, to take place in the first sessional period of each year of the Subsidiary Body for Implementation, concluding at its sixtieth session”. An important expectation from COP27 will be more concrete measure on loss and damage.

While delivering his opening statement at COP26, Hon’ble Prime Minister Narendra Modi stressed on the need to mobilise USD 1 trillion of climate finance by the developed countries. In the implementation phase of the Paris Agreement–which started from 2021–there is an urgent need to focus on feasible means of mobilizing climate finance from across a broad range of stakeholders, including the private sector, commercial banks, and other domestic sources in developing economies. The Glasgow Climate Pact urges developed country Parties to fulfil the promise on climate finance of USD 100 billion urgently and through till 2025. The Pact also emphasized on the importance of transparency in the implementation of climate finance pledges.

Within the Paris framework, which is bottom-up wherein the provision of NDC submissions/ revisions allows self-determined commitments by countries. Transparency is the sole engine that ensures the accountability of parties. They have also agreed for international scrutiny of their actions under the agreed rules of transparency as mandated by Article 13 of the Paris Agreement. The first global stocktake of the impact of NDCs on the state of climate action will be undertaken in 2023 on the basis of various inputs and information gathered from multiple sources. It is imperative that the progress made by countries in implementing their NDCs or the adequacy of their actions is judged and assessed in light of the principles of equity and CBDR well before the global stocktake.

If the world needs to get to net zero by 2050 at the global level, many countries will have to be net carbon negative well before that since it is expected that many developing countries will still be carbon positive in 2050 owing to development needs and energy needs. The global goalpost needs to shift to ‘net negative’ goals for the developed countries and to the goal of climate stabilization. What can be expected from COP27 is perhaps more ambitious near-term and net-zero commitments by developed countries.

This session will focus on the roadmap connecting the messages coming out of COP26 in Glasgow to the expectations from COP27 in Egypt. Speakers can choose to address one or more of the following questions.

The session will be a moderated discussion, which will start with remarks (2-3 minutes) by the moderator. Since climate change is an issue which has to be informed by science, first there will be a Science Leadership Address (8 minutes). This will be followed by a Keynote Address. The third set of addresses will be the COP Leadership Address of 6 minutes each. The final segment will be Special Addresses by key experts. After the addresses, the moderator will sum up the discussions.